Watching the talented ISSA, (International School of Screen Acting), students practicing their test fights was entertaining, especially when they were presented with some childrens play, foam swords, Jannik Archer and Kes Baxter can’t resist having some fun, blowing of some steam and incorporate them into their routine seamlessly!

I’m happy to say that they both passed their stage fight test and are ready to tread the boards and portray all kinds of violence – in a safe and realistic way of course!

The British Museum ‘Young Friends Sleepover’, where large groups of children with accompanying adults are invited to attend a night of themed workshops then camp out in one of the galleries. What a superb idea. I wish I was a child again so I could experience sleeplessness IN A MUSEUM!

Last nights Sleepover was Viking themed and, with the help of fight director for stage and screen Sam Kahn, we put four groups of children through their paces  creating a Viking raid scene using safe stage combat techniques and foam swords. Then, when they were totally crazed with fight we…

All the controversy that surrounds ‘The Bard’ still, after hundreds of years, means very little when faced with the huge volume of the work attributed to William Shakespeare. That the stories are relevant still and the characters so real and vivid are a testament to a lasting body of  work that have entered the collective consciousness of, not just England, but the world, even the Galaxy! As the Klingon General Chang was often fond of paraphrasing Shakespeare and uttered his last words: “To be or not to be”. Enjoy national Shakespeare week by seeing a really good show.

As part of our ongoing relationship with our client The Education Group, we’ve been holding auditions up and down the UK. We’ve specifically been looking for new actors who can deliver workshops in character as a Roman or World War 1 soldier to schools.

We realised that with an actor in character it adds much more depth to the workshop than simply a man dressed up talking about history. Children of all ages can get a real feel for the period in question from what they perceive as THE person who has stepped forward in time and the actor can…

Really looking forward to Working at the young friends of the British Museum again, doing a Viking movement workshop. As far as we know there are little surviving dances that the Vikings did, (they must have done some), so our movement workshop is based around FIGHTING! With the help of Sam Kahn, fight director for stage and screen and recently worked on the TV series ‘Vikings’, we will recreate a viking raiding party and the fight that ensues! 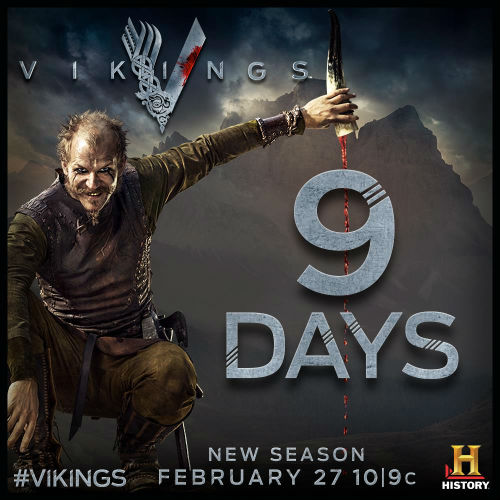 You don’t get a better testimonial than this! High school students known to be frank in their opinion send messages of thanks for our interpretation of literary characters on World Book Day. Here’s just one.

Gangsta Gran, Katie Bell and Lord Asriel pay a visit to Hathershaw College on world book day! With the talents of Mae Brogan and Jemma Drake 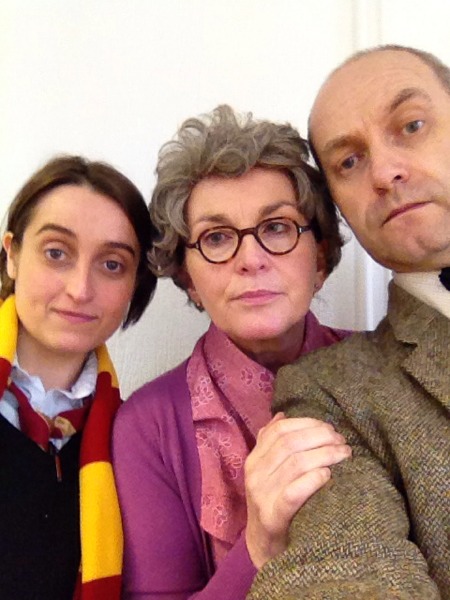 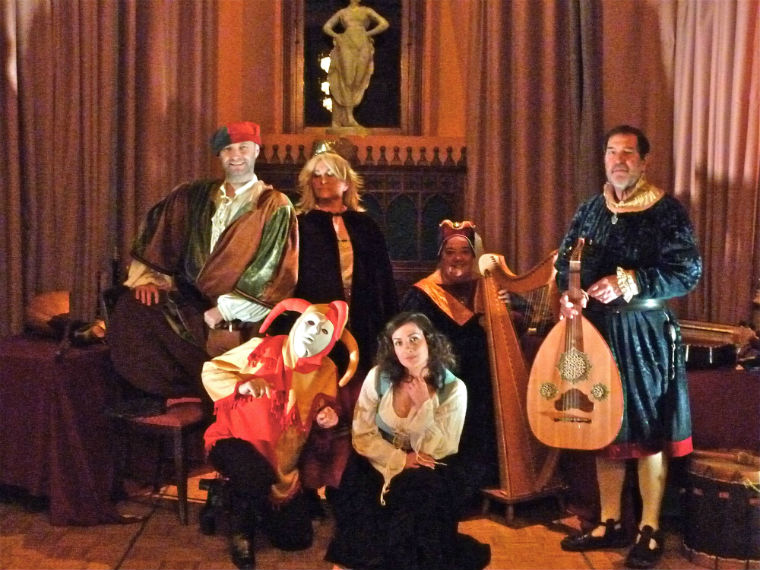 All hell breaks loose at the castle in Little Knobbin on The Hill when a headless body is discovered. They all look jolly here though: with added minstels!