Arena: (noun). A field of conflict, activity or endeavour.

You might think it harsh, or even inappropriate, but Arena is the right metaphor for training.

Instead of “Death by Powerpoint” – (not our phrase I hasten to add), training should be a living, exciting learning process that gives the trainee an unprecedented view of techniques and methods at their disposal. New approaches that can be tried and tested in a safe environment  and added to the toolbox of life techniques.

WE do immersive training.

It can be challenging, there may be conflict, (internal or very occasionally external), there is always activity, and the endeavour is there for all to see: like life, you get out of immersive training what you put in and the rewards can be glorious!

Engaged by the excellent training facilitator Paul Ackerley of Breathe P.O.D. to provide actors who can portray believable workplace characters, we had a scenario based on giving feedback on performance for managers.

There was much learning to be had for everyone but one story stands out because of a female manager who was aware that one of her faults was being too nice on people who really needed some decisive treatment. She attended the introduction and learned some techniques to conduct an honest and organic review  – paying particular attention to the fact that this was an arena to try these new techniques without fear of reprisal.

Like most candidates, she was quite nervous about it when it came to interview the ‘character’. There were several characters portrayed but hers happened to be Pat.

Pat was a lazy, bombastic know-it-all who was resistant to change. His team was demotivated and in some cases upset and had been falling way behind because of his poor interaction and bad practise. You know him – the type of person who nods and agrees in his review and then carries on doing exactly the same as he always has.

So our lady meets Pat. At first she listened to his excuses and seemed to be intimidated by his personality. But Paul paused the session and allowed her to take stock, (a useful technique where the facilitator literally stops the interview, freezing the actor, allowing the candidate time to marshal and then restarts afresh), and then she came out guns blazing!

Using all the techniques she’d had presented to her earlier, she calmly dismantled Pats excuses, firmly put him in his place, told him some brutal truths and left him in no doubt who was in charge and that she was expecting improved attitude. Here’s a sample:-

PAT: Well it’s not really my fault, the economic climate at the moment is terrible which is having an effect; plus with all the changes here, getting up to speed has been challenging-

MANAGER: I see but the economic climate isn’t really to blame for your team feeling like you aren’t directing them and the changes within the company aren’t responsible for Liz being reduced to tears by you shouting at her are they?

MANAGER: I think you need to rethink your attitude Pat and you’re obviously struggling with some of the new systems, so I will personally support you with whatever learning you need to bring you up to speed on that. Have a think and email me a list of things you feel you aren’t confident with by the end of the day and we’ll address them ASAP.

Tore strips off him! Amazing result for her. In feedback she admitted to having someone at work just like Pat, always felt intimidated by him and that he was getting away with it because she was browbeaten by him. She left more confident and assured that she could deal with the situation in future.

That’s a big thumbs up from the stands!

That kind of experiential learning is something she could never have gained through watching a video, or lecture, or reading a book. Don’t get us wrong, we’re all for books and presentations, but augmenting that with immersive training lets people try out what they’ve learned in a safe environment and that’s when the learning sticks.

Thumbs down for Pat. Bye-bye Pat. 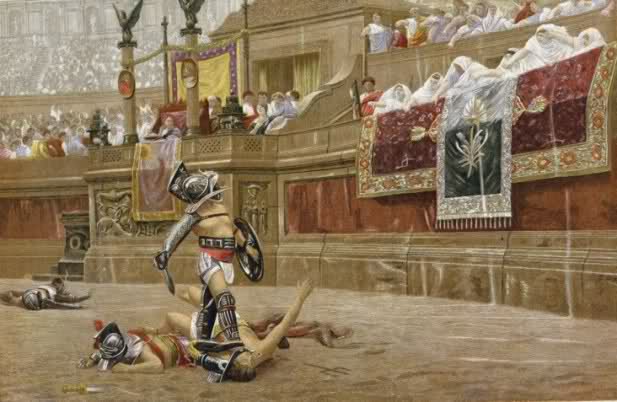